If you’ve consulted a few Lisbon itineraries, you already know that you must try a pastel de nata, visit a fado show, and admire the azulejo tiles. Travel guides are awesome (you can check out my 5-day Lisbon itinerary here), but what if you want to go beyond the must-sees for some wholly unique experiences and explore Lisbon off the beaten track?

Well, meus amigos, I have you covered. As I explore the city with my Portuguese and immigrant friends, I’ve been making a list of the most quirky, non-traditional, and unusual things to do in Lisbon.

18 ways to enjoy Lisbon off the beaten track

Let your rebel side shine at an Illegal Chinese restaurant

As a self-proclaimed goody-two-shoes, it’s not often I get to experience the illegal side of life. But with a single visit to one of Lisbon’s “illegal” Chinese restaurants, you can lock me up and throw away the key.

Just how illegal these hidden restaurants are these days is debatable. Chinês clandestinos (as they’re called in Portuguese) are hidden in plain sight along the streets of Mouraria. While you can find some of these illegal restaurants on Google maps (not super sneaky), some are identified only by a hanging Chinese lantern hanging off a balcony. 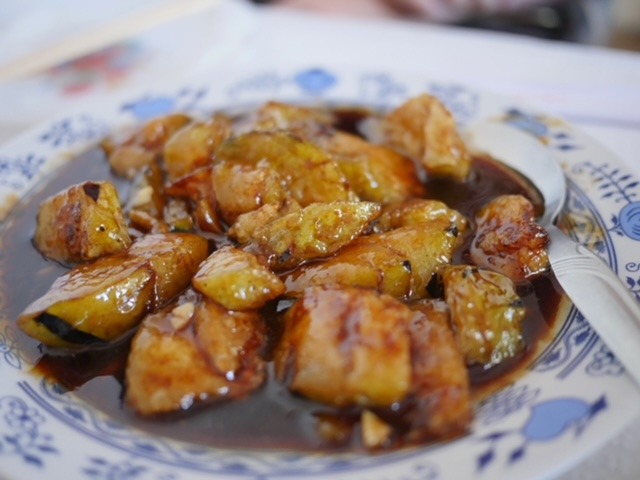 When you find one, ring the bell and you’ll be buzzed up to the apartment-turned-restaurant. I visited with two friends, and the three of us were completely stuffed for €25.40! So go on you rebel, watch for those lanterns, and dally in some completely legal “illegal” fun! 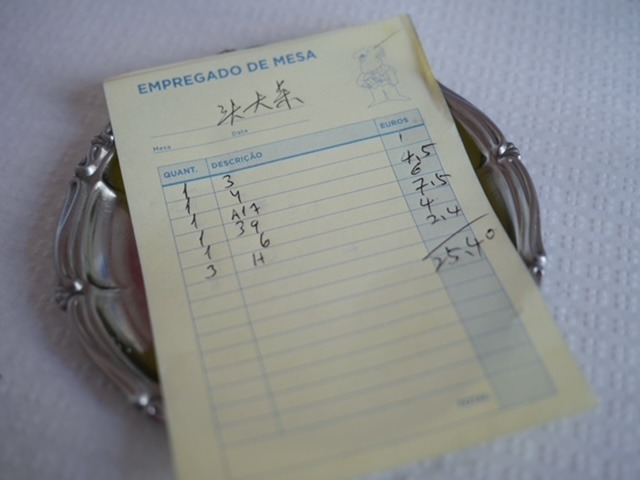 The bill at Illegal Chinese

Say YASSSS to a drag show

For an evening of glitz, glamor, and the best drag queens in Lisbon, get your booty over to Manny’s Place stat! Watch Nicole Vartin rock sky-high heels while hitting every single dance step, cheer for Lucy Jean– Portugal’s very own Britney Spears impersonator, and fall head over (designer) heels for Chloé de Fendi!

Make a reservation for dinner around 8:30 pm (the meals are GOOD and super affordable) and stay for the show. The first show begins at 9:15, and the second one is at 10:15.  Don’t forget cash to tip the performers when the hat’s passed around!

Explore an abandoned 360° restaurant in the “Lungs of Lisbon”

If you’re anything like me, you’re probably obsessed with the azulejo-tiled buildings and cobblestone streets. Why would you ever need to leave the heart of Lisbon?

But then you take a weekend hike into Monsanto Forest Park, nicknamed the “lungs of Lisbon,” and you can breathe a little easier. Well… at least until all those hills start to get to you. 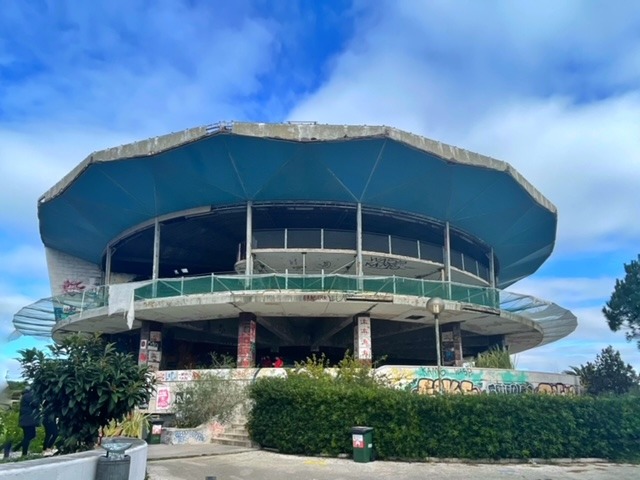 Keep going up until you reach the Panorâmico de Monsanto, an abandoned 360° restaurant with some of the best views of Lisbon. It’s not the view that’s the draw though– it’s the art. Can you spot a Vhils creation? 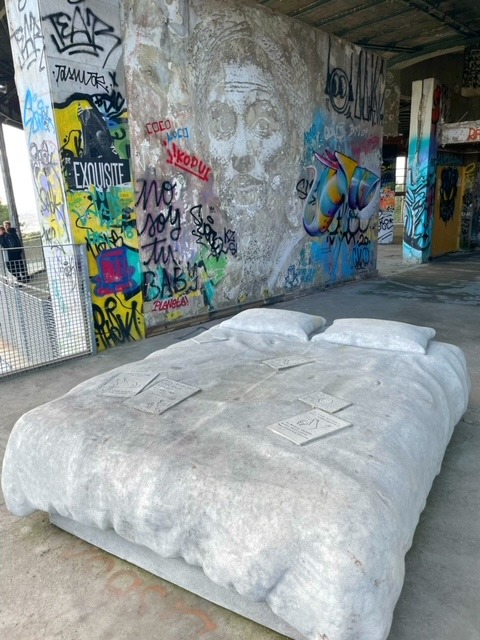 Sing your heart out at a piano bar

If singing in the shower and car just isn’t enough for you, you’re going to LOVE Downstairs at Betty’s! This singalong piano bar promises, “No microphone. No spotlight. No judgment.” There’s a pianist tickling the ivories every night, except Tuesdays, playing the songs you love to sing along to— think “Livin’ on a Prayer” and “Don’t Stop Believin’.” 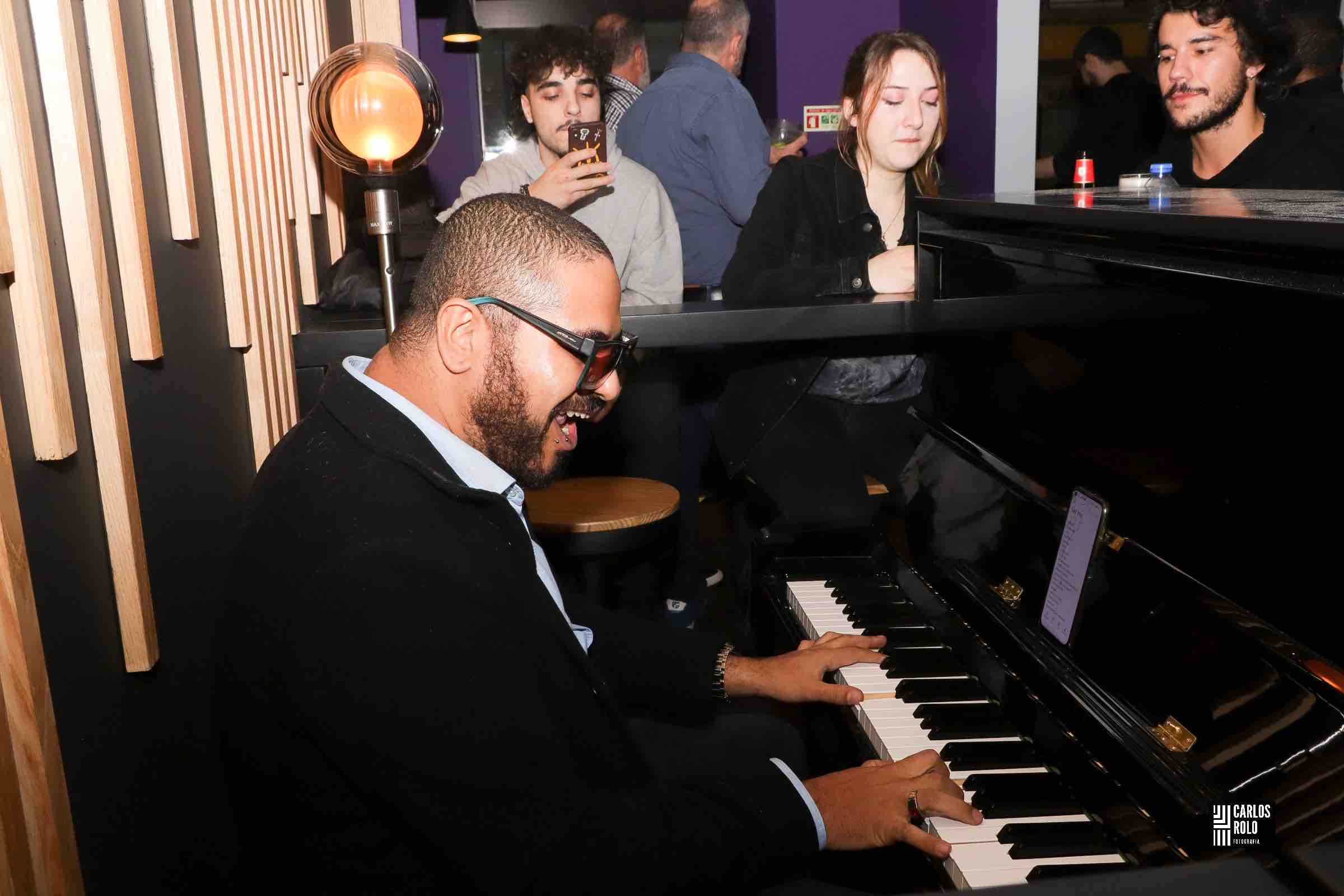 Live music goes from 6 pm to 11 pm, so warm up your vocal cords (or get some liquid courage at the bar), and join the the fun! If you hear someone requesting Taylor Swift, be sure to come up and say hi to me! 😉 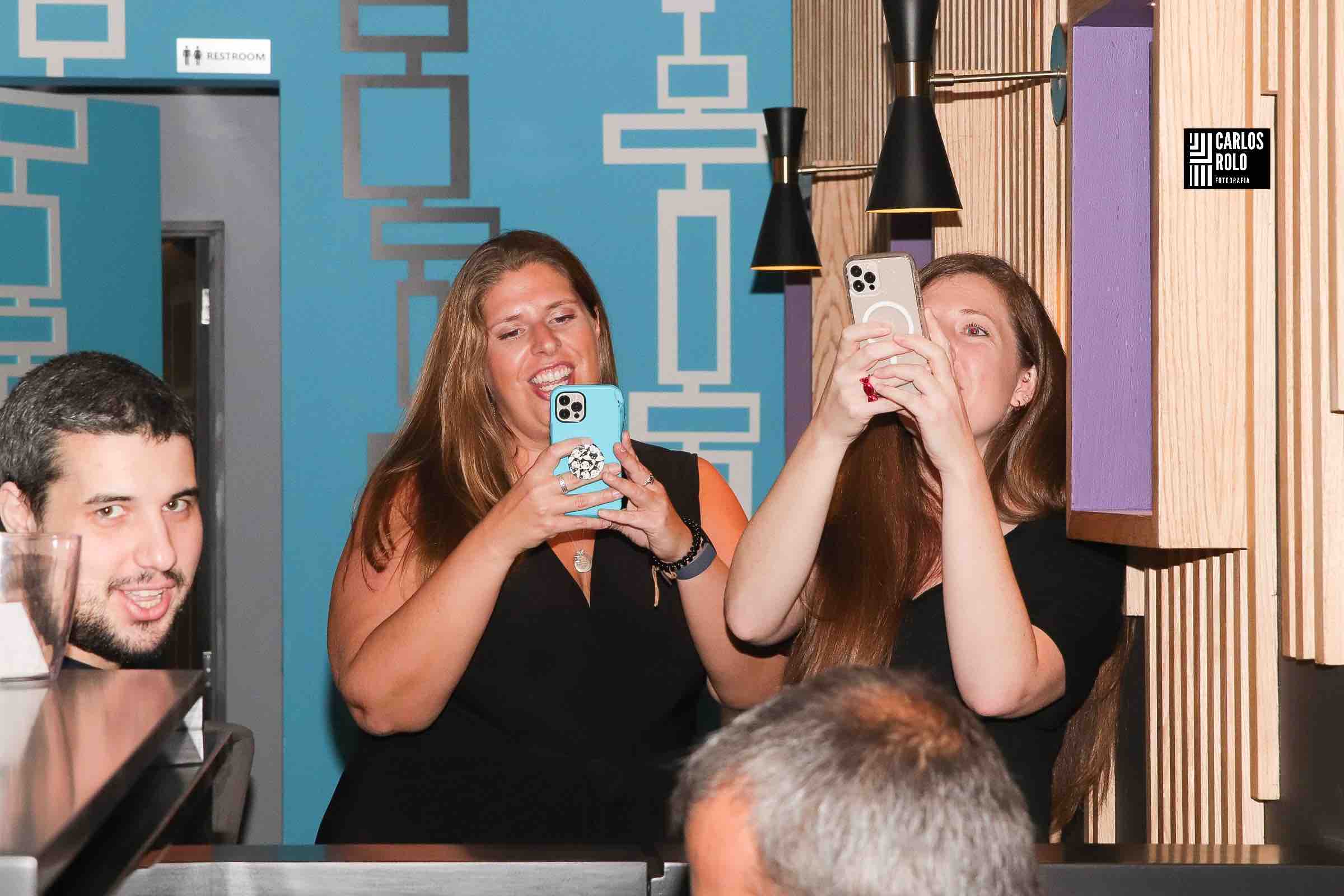 Jake is a former policeman and EMT. Now, he’s living his best life in Lisbon, taking members of his supper club on a worldwide taste tour. Each week, Jake hosts adventurous foodies for a sit-down meal, where locals and tourists can meet and mingle over an amazing meal.

I think I picked the “dairy” best night for my first visit– A cheese-lover’s bonanza! We had camembert three ways, baked feta, two types of salad, cheesy risotto, pork neck in a Roquefort sauce, and– of course– an amazing marbled cheesecake. 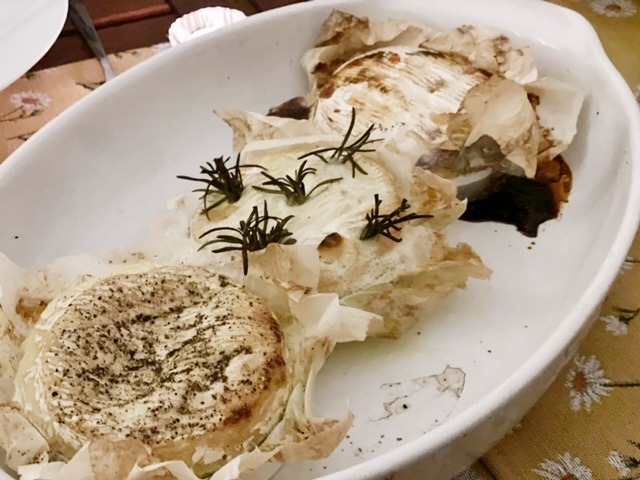 Whether you’re in town for a few days or a Lisbon local looking for new friends, the Lisbon Supper Club will satisfy your appetite and leave you feeling all the warm fuzzies from a night with your new besties.

Monday night trivia at Pub Português was the first Meetup I ever attended. Now, it’s a weekly tradition. The prizes include wine and/or shots, so the party doesn’t stop just because someone wins!  The event fills up quickly every week, so sign up and bring all that random knowledge you’ve been stowing away for a special occasion. 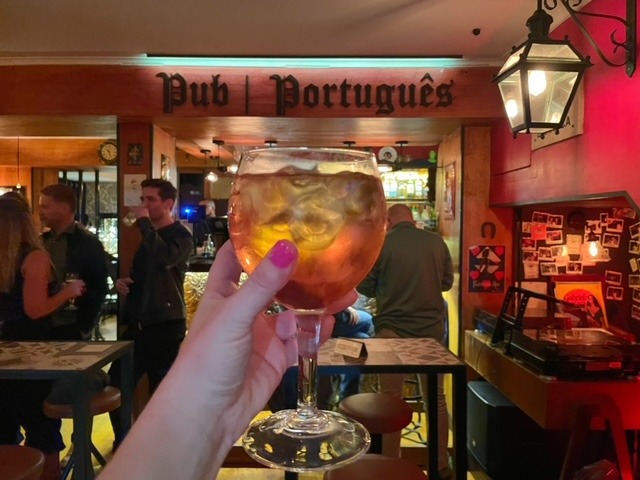 Hang out in the “pleasure” cemetery

Bet you never thought you’d see those words combined into a sentence, did you? The 19th century Prazeres Cemetery (translation: Pleasure Cemetery), in Estrela is considered one of the most beautiful cemeteries in the world. 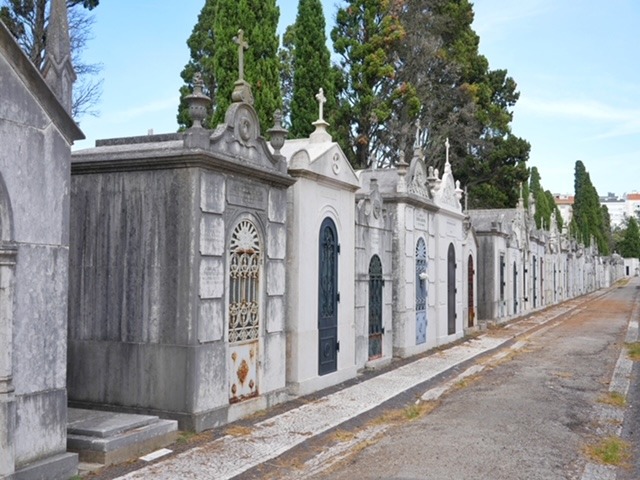 Pass by the Mausoleum of the Dukes of Palmela (the largest mausoleum in Europe), look for the final resting place of Portugal’s past presidents and prime ministers, and admire the beauty of the mausoleums. Be sure to look for the symbols that will tell you about the deceased person’s life’s work. 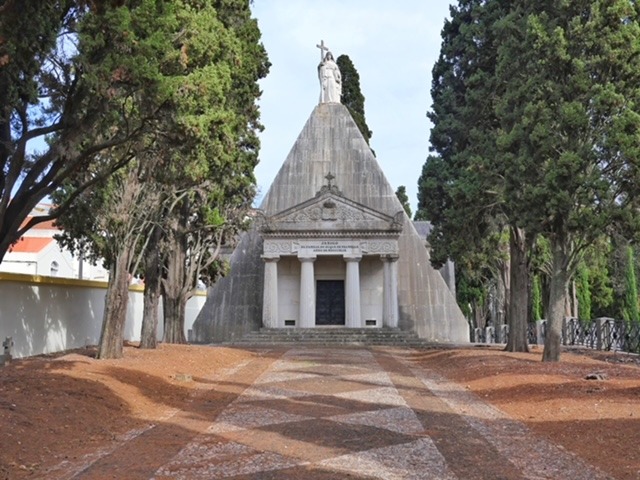 Mausoleum of the Dukes of Palmela

Play “I Spy” at Belem Tower

Did you know that a rhinoceros is responsible for the mosaic streets of Lisbon? There was a parade for King Manuel I’s birthday, and his rhinoceros was a part of the procession, naturally. In order to avoid mud splashing, the roads were paved. Next time you slip on one of the cobblestones, you can thank a rhino for that!

On one of the turrets of the Manueline-style Belém tower, you’ll find a rhino (a little worse for the wear). 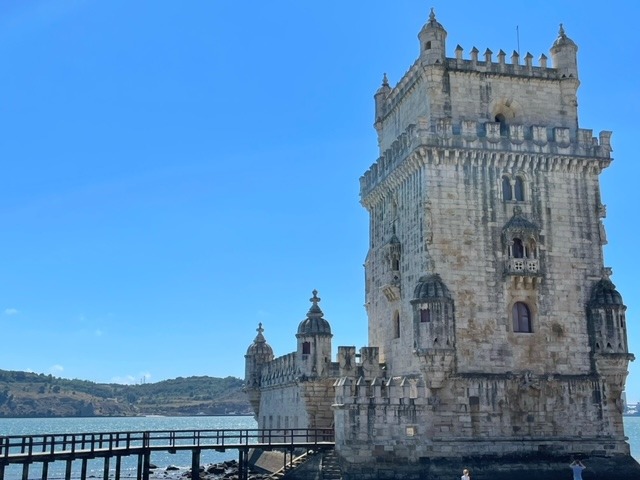 Eat a brunch version of a famous Portuguese sandwich

The francesinha is Portugal’s answer to every bleary-eyed traveler and local’s request for hangover food. Zenith turned the filling sandwich into breakfast food. Instead of bread, one of Lisbon’s best brunch spots uses pancakes. After you party your way through Lisbon, this is exactly what you need! 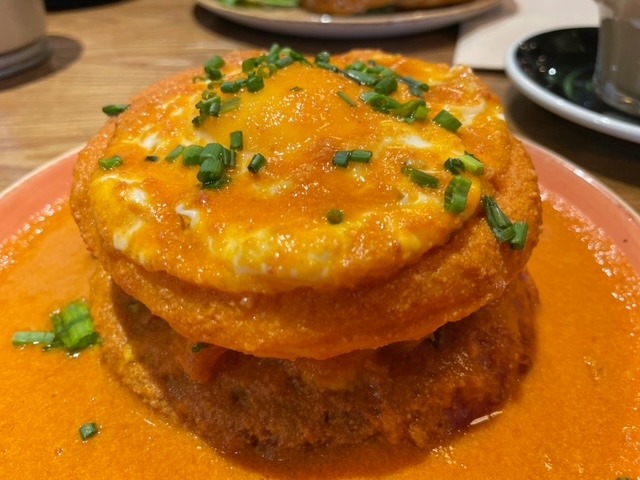 Look a serial killer in the eyes

True crime fans, this is for you. Diogo Alves was a notorious serial killer in Lisbon who earned the moniker, “The Aqueduct Murderer.” In the mid-1800s, Diogo robbed people passing over the aqueduct and pushed them to their death after he’d collected their valuables.

As one of the last people to be executed in Portugal and the first Portuguese serial killer, it was decided that Diogo’s head should be preserved for research purposes. To this day, you can still find his formaldehyde-preserved head at the University of Lisbon’s Faculty of Medicine. 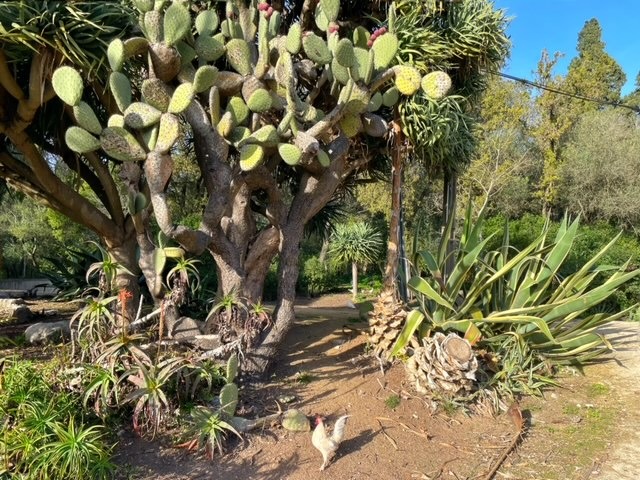 “It’s a-me, Mario!” If you absolutely crushed the rainbow road on N64 and you want to bring the experience into 3D, hop into a tiny, yellow Go Car.  Explore the city with a GPS-audio guide that will tell you about the sites you’re passing in your quirky yellow convertible. Just don’t forget you’re sharing the street with cars, so stay alert!

Find out where the Brit’s tea obsession started

If you’ve spent much time with a Brit, you’ll know that tea is the answer to everything. But did you know that it was the Portuguese who first popularized the steep-worthy leaves in the UK?

The story goes that before Catherine of Braganza married King Charles II in 1662, she asked for a cup of tea. When none was available, she had to make do with ale instead. After their marriage, Portugal sent over luxury items which included a chest full of the favorite tea of the Portuguese court. The rest, as they say, is history.

Catherine of Braganza’s profile can be found on every can of tea sold by the Lisbon-based Companhia Portugueza do Chá. Browse for tea in an old shoe shop from 1800 and bring some home with you to sip and reminisce about your Portugal adventure.

Join Hippotrip on an amphibious sightseeing adventure through the streets of Lisbon and the water of the Tagus. Enjoy entertaining commentary on this 2-for-1 tour that shows you the best of the land and the best of the river!

Visit the Sistine Chapel of Azulejos

I think I promised that this wouldn’t be your traditional “check out azulejos” blog post. And I promise Fronteira Palace isn’t your traditional palace. Built in 1670 as a hunting lodge for a wealthy family from Lisbon, the palace became the family’s primary residence after the earthquake of 1755. To this day, the descendants of Dom João de Mascarenhas still live in this manor house. 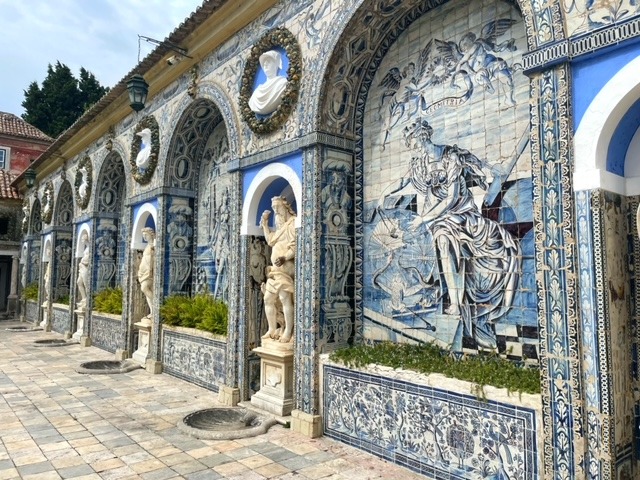 To see the largest collection of 17th-century tiles in a home, I recommend taking a guided tour of the home Monday – Saturday at 11 am or 12 pm for €13. The foundation also runs themed tours and hosts concerts.

When my tour guide asked, “Do you like archaeology?” the answer was a resounding yes! (Remember that time I joined an archaeological dig in Jerusalem?) Winding through the streets of Alfama, he led us to the Teatro Romano de Lisboa. Dating from the 1st century AD, the 4,000-seat theater was built in the Roman city Felicitas Iulia Olisipo (Lisbon) by Emperor Augustus.

The location overlooks the Tagus River and would have been a powerful statement to all who saw it from below.

Do you support SL Benfica? Visit the site of the ​​2014 Champions League final, hang out in the locker room, and soak up the Portuguese passion for football with a 2-hour tour of Luz Stadium.

I love the traditional Portuguese pubs where you can get a wine or beer for a couple of euros, but when you’re in the mood for a cocktail, you need a little ambiance. You’re in luck because quirky bars are popping up all around Lisbon. From the art deco-themed Foxtrot to the collector’s paradise at Pavilhão Chinês, you’ll find a way to quench your thirst and satisfy your curiosity, too. 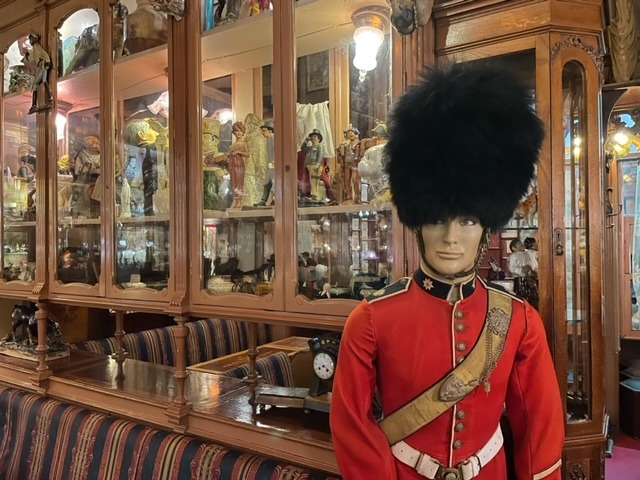 There’s no shortage of activities to do in Lisbon off the beaten path. You just need to know where to look, and I’m happy to be your alternative guide in Lisbon! Have you found some unusual things to do in Lisbon? Tell me about them in the comments. I’m always excited to find new places to visit, food to eat, and activities to try in Lisbon!

Want to explore Lisbon off the beaten track? Pin these quirky things to do in Lisbon for later! 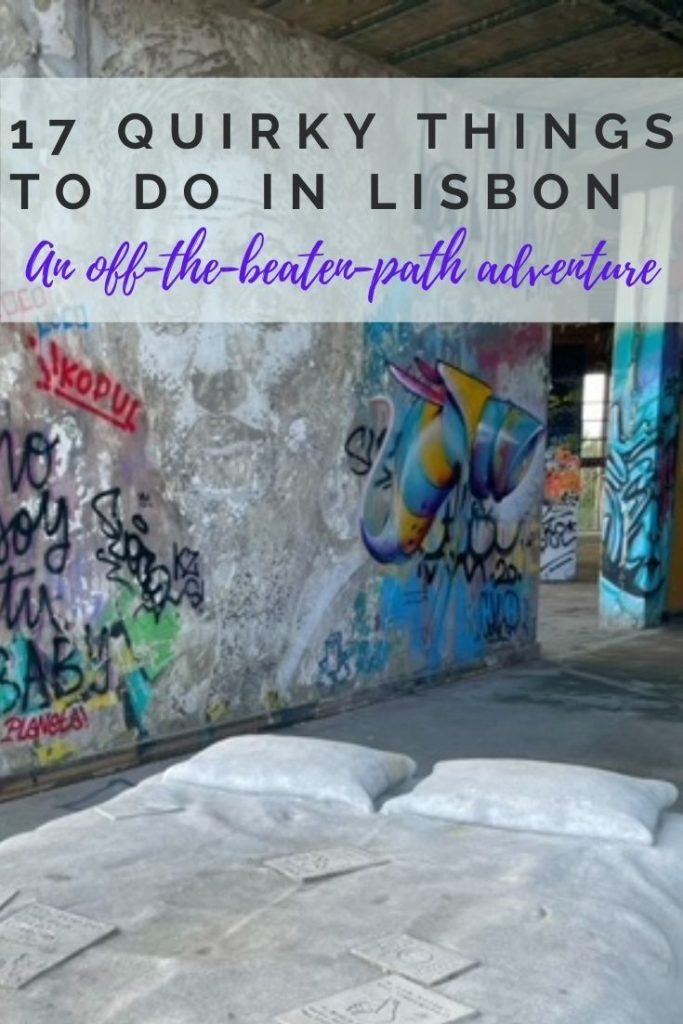